﻿﻿ Success Story : A UPM Graduate Who Serves In The Most Dangerous Country | SCHOOL OF GRADUATE STUDIES

On May 29th, 2021, I survived a bombing that targeted Al-Beroni University lecturers' minibus in Afghanistan. Sadly, two of my colleagues were martyred, and many more were injured. Despite this incident, and many others that occur daily, endangering my life and the lives of all Afghans, I continue to teach at the public university where I have worked since 2014. This is a circumstance that we are familiar with. I was in Kabul city in 2017, just a few months before I left for my Master's program when the city was shocked by a truck bomb. Despite being over half a kilometer away, the bombing damaged a large portion of the building I was in. I was able to exit the building without suffering any serious injuries.

In 2017, I was awarded a scholarship from the Ministry of Higher Education (MOHE) of Afghanistan (Higher Education Development Scholarship-HEDP Scholarship) to pursue a Master's degree among other finalists. The Ministry intended to send us to India, as is customary. The Indian educational system is well-regarded. I, on the other hand, was always pushing for something better. As a result, I persuaded my fellow finalist friends (called "Twelve People" afterward) to talk to the Ministry about being sent somewhere else where we could achieve more. Incoming scholars will benefit as well, and a window of opportunity for a better education will be created. No one liked the concept among the finalists because they believed the Ministry would not change its opinion. After all, it required a lot of paperwork. Because I was residing in Kabul at the time and had superior communication abilities, I was in contact with the Ministry on behalf of the other scholars. I remembered Arnold Schwarzenegger's comments, "Don't listen to the naysayers," which I remembered him saying. Eventually, I persuaded a friend to join me in pursuing this notion. Even if it does not succeed, there will be no negative consequences for us. On this, I bet with a friend in the group. In Islam, betting is prohibited, and I was not serious about it. However, I just set out to prove to myself that the concept could be implemented. Finally, I prepared the email and forwarded it to the project manager. Instead of sending us to India, the email inquired if the HEDP scholarship could send us to Universiti Putra Malaysia, which we discovered via some investigation has a good reputation in Malaysia and on the international stage. The email also persuaded the grantees that they could accomplish more for the Ministry with the same funds they had already set aside. This email later transformed the lives of many other Afghan scholars who came to Malaysia to pursue master and doctoral degrees. 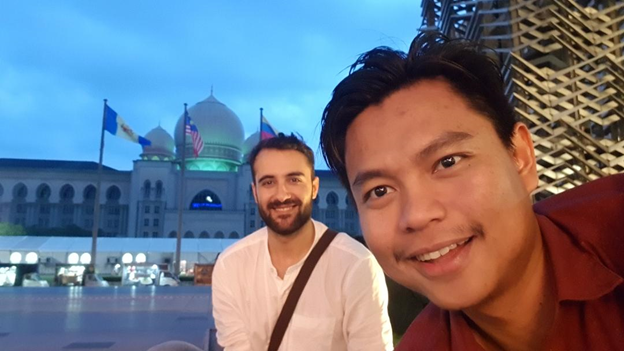 Rezuan, on the right, and I, waiting for Iftar in between Palace of Justice and Masjid Besi, 2018

I ultimately persuaded MOHE to send us to UPM, Malaysia, after many emails and meetings. On May 29th, 2017, the scholars eventually boarded a plane bound for Malaysia. It wasn't a pleasant journey. We arrived in Delhi to rest for a few hours before boarding another plane to Kuala Lumpur. We intended to split into two groups in Delhi and board different planes because one of the planes didn't have 12 seats. The first group embarked on their journey. When it was time for the second group, which included myself, to begin checking, we were advised to wait for a while. Because the time was ticking away, I talked to the counter every 10 minutes and asked them what appeared to be the issue. We began to get concerned. I communicated in Hindi, which I speak fluently in addition to three other languages, to deal with the problem at the counter smoothly. It didn't work out. I requested to speak with the manager as well as the airlines. I couldn't get through either. I finally found the manager after a lot of persistence. He explained why, claiming that our documents were not genuine. I assumed that the word genuine would imply that there was nothing to be concerned about. So I requested the manager to either fix the problem for us or tell us what to do so that we could fly. The manager responded that the paperwork appeared to be forged. I reasoned and told them that half of us already flew with the same kind of documents. He didn't say anything and returned till we were too late for our departure. I contacted MOHE-Afghanistan, Afghan Embassy in Delhi, Afghan Embassy in Kuala Lumpur, Malaysian Embassy in Delhi, and UPM while we were in the international transit area of IGI Airport for more than 24 hours. Not because of the war in Afghanistan or because I was avoiding suicide attacks, but because I was leading a team and had the obligation of getting them to their objective, this was one of the most stressful periods of my life. After a long wait, a new guy appeared just as we were about to be sent back to Afghanistan. He stated the airline apologized for the inconvenience and rebooked us for a flight to Kuala Lumpur. It was a huge relief. The six of us landed in Kuala Lumpur after some hours of flight, and the voyage of the Twelve People resumed. Even though we did not escape all of the challenges that come with being Afghans, we were able to find a location where we could study more, make new friends, and most importantly, be secure. I learned one thing from the horrible encounters I had while traveling: in airports, personality does not matter; what matters is where you come from.

I used to follow students' affairs with UPM officials as an Afghan student representative. During this time, I made a couple of Malaysian friends who showed me unwavering support to get used to the environment. One of them was Rezuan Aspar, from Johor who I met in . He was extremely helpful and stayed with me to the very end. I can't convey how amazing my path became after that. We used to go for a walk and then eat dinner at several eateries in the area. He introduced me to Nasi Lemak, a popular Malaysian dish that I couldn't finish on my first try. However, I began to want Malaysian cuisine after a while because it was both entertaining and delicious. Kwetiau was my favourite of the dishes. Our favourite places to visit in Putrajaya were Masjid Besi and the neighbouring night market. He would also take me to various locations in Kuala Lumpur and Selangor. I went with him to Johor one day. That was the day I believed I saw my family again after a long time. I stayed there for a few days, met the family, and appreciated the place and the people there. Without my companion, these years would not have been as enjoyable. Although we both appeared to be introverted, we enjoyed each other's company and would suggest new places to visit together. One of the most important skills he taught me was to remain calm in stressful situations. 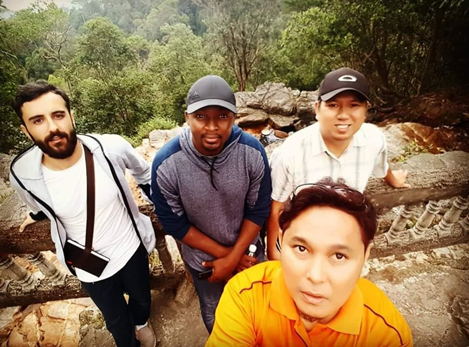 During a site visit of a project to Kedah and Perak, 2018 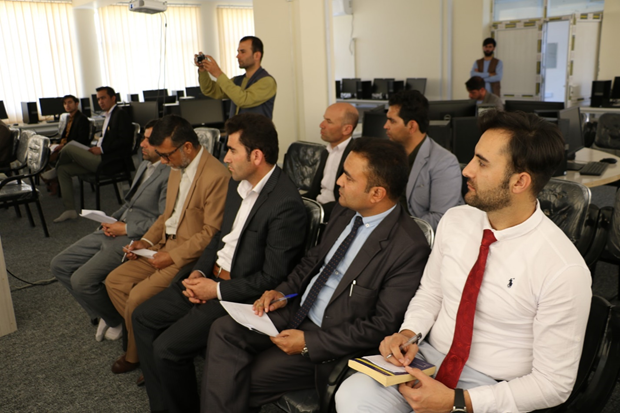 From right to left, Emal and Dr. Fraidoon Karimi, and Samiullah Aman, who got injured in the bombing. 2021 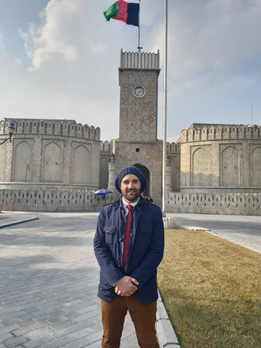 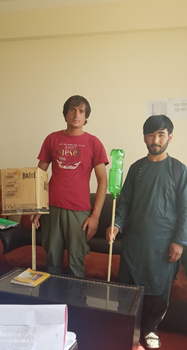 The Unexpected Benefits of Doing a PhD Abroad