Brisbane, October 4, 2019 - UPM was among the two Malaysian universities represented Malaysia to participate in the Asia-Pacific 3 Minute Thesis (3MT) 2019 competition.  The competition received 58 entries from universities all over Australia, New Zealand and Asia.

UPM was represented by Nurfatimah Mohd Thani with her presentation entitled “Sweet Success with Subcritical Water” a PhD student from the Faculty of Engineering to participate in the competition.

Nurfatimah was glad to have had the experience to represent Malaysia and UPM at the Asia-Pacific 3MT 2019 competition. “Although luck was not on my side this time, the opportunity to present my research at an international stage is one that I will always treasure,” she said.

The winner of the Asia-Pacific 3MT 2019 competition was Jessica Bohorquez from The University of Adelaide, with her presentation entitled “Guardian of the Pipelines”.  Jessica walked away with the prize of AUD5,000 of research travel grant sponsored by Springer Nature. 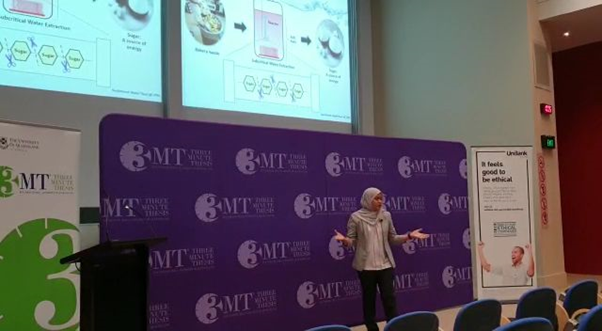 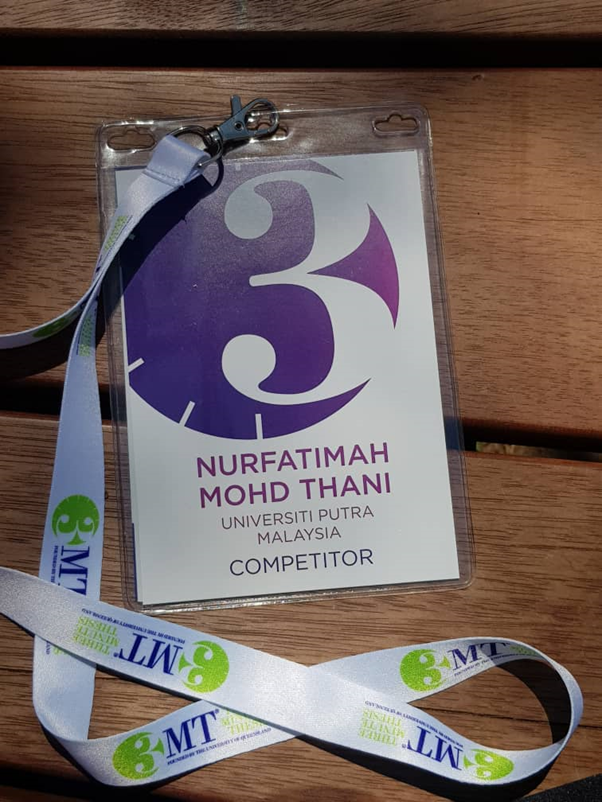